Showing posts from April, 2011
Show all

April 29, 2011
As well as the two halves of Dan Hartland's review of the 2011 Clarke award shortlist (the award has since been won by Lauren Beukes's Zoo City --see Niall Harrison's thoughts at the Strange Horizons blog) the reviews department rounds out April with Lisa Goldstein's review of Helen Lowe's The Heir of Night , the first in a new fantasy series, which Lisa finds a little by the numbers, telling a rather predictable story of a young person who discovers that they are the chosen one.  John Clute's column Scores also appears this week, and his topics are China Miéville's Embassytown and Joan Aiken's collection The Monkey's Wedding and Other Stories .
Post a Comment
Read more 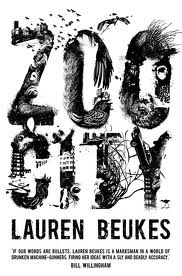 The Arthur C. Clarke shortlist review is a tradition of long standing, first at the now-defunct Infinity Plus , and in the last few years at Strange Horizons .  For the second year running, Dan Hartland has reviewed the year's shortlist, and parts 1 and 2 of his review are now up.  See also comments on the shortlist from Niall Harrison , David Hebblethwaite , and Maureen Kincaid Speller . Another Clarke tradition is roundup of reviews of the nominated novels that Niall used to post on Torque Control .  That seems to have lapsed this year, so--with only a few hours until the award is given out this evening--here are some of the reviews I've been able to find. Zoo City by Lauren Beukes Reviewed by Niall Alexander at The Speculative Scotsman Reviewed by Saxon Bullock at SFX Reviewed by Maya Chhabra at Ideomancer Reviewed by Nic Clarke at Eve's Alexandria Reviewed by John Clute at Strange Horizons Reviewed by David Hebblethwaite at Follow the Thread R
2 comments
Read more

The 2011 Hugo Awards: Thoughts on the Nominations

April 25, 2011
The list of nominations was announced two hours ago and is by now all over the internet-- for example .  Some comments. The pleasure of seeing four women on the best novel ballot (to match the female-dominated, yet hardly overlapping, Nebula ballot ) is undercut by how thoroughly unappetizing I find the actual ballot.  I was looking forward to reading Ian McDonald's The Dervish House (which just yesterday won the BSFA award, and is strongly tipped to win the Clarke award later this week) and N.K. Jemisin's The Hundred Thousand Kingdoms , but even fans of Lois McMaster Bujold and Connie Willis seem to consider Cryoburn and Blackout / All Clear lesser works (and in the latter case I've already expressed my objection on principle to the two volumes being nominated as a single work) and nothing I've heard about Feed excites me particularly.  In light of this, I'm not planning to become an associate member of Renovation, but I will be resuming my short fiction Hug
13 comments
Read more

April 22, 2011
This week's reviews kick off with Nic Clarke's look at the first two volumes in Juliet E. McKenna's new trilogy, Blood in the Water and Banners in the Wind , in which Nic finds an interesting counterpoint to the much-discussed reactionary tendency of epic fantasy, as the novels describe a popular rebellion against a restrictive aristocratic class in a fantasy kingdom.  Matt Hilliard makes his Strange Horizons debut with a review of Gene Wolfe's Home Fires , a novel about a couple reconnecting in the wake of war and time dilation, which Matt finds more accessible and more successful than much of Wolfe's recent work.  Less positive is Paul Kincaid in his review of Fredrik Pohl's All the Lives He Led , which Paul finds muddled, especially in its handling of the subject of terrorism.
Post a Comment
Read more

Let's See What's Out There: Table of Contents

April 16, 2011
For your convenience, a link post for my series revisiting Star Trek: The Next Generation . Introduction To Boldly Stay  - How The Next Generation changes its focus from exploration to politics "Optimism, Captain!" - On Star Trek's most contentious quality Keep Flying - The tragedy of Picard Odds & Ends - A few more thoughts on the characters and the actors who played them
Post a Comment
Read more

April 15, 2011
This week's Strange Horizons reviews kick off with Martin Lewis's take on Source Code , which is decidedly less positive than mine (see also the discussion in the comments).  Maureen Kincaid Speller reviews the first two volumes in Alaya Dawn Johnson's YA fantasy trilogy, Racing the Dark and The Burning City , and is disappointed in their handling of the main character.  Finally, Nathaniel Katz finds Mark Charan Newton's City of Ruin an improvement over the previous volume in its series, Nights of Villjamur , but still somewhat lacking.
Post a Comment
Read more

April 14, 2011
Over at Ferretbrain, Daniel Hemmens has a very long, very detailed, and very negative review of Patrick Rothfuss's The Wise Man's Fear , the long-awaited sequel to The Name of the Wind .  The whole review is worth reading, but I was particularly struck by this observation: What annoys me about Kvothe is not so much that he's a gratuitous Mary-Sue, but that despite this fact he is taken incredibly seriously by critics. People bitch about how unrealistic it is that everybody fancies Bella Swan, about how stupid it is for teenage girls to indulge in a fantasy where powerful supernatural beings are sexually attracted to them. People laugh at characters like Sonea and Auraya because they're just magic sparkly princesses with super-speshul magic sparkle powers. But take all of those qualities – hidden magic power, ludicrously expanding skillset, effortless ability to attract the opposite sex despite specifically self-describing as being bad at dealing with them,
19 comments
Read more

April 13, 2011
Some thoughts about actors and characters. As I wrote in the previous entry, one of the pleasures of returning to The Next Generation as an adult was rediscovering, and learning to fully appreciate, Patrick Stewart's performance as Picard.  The rest of the cast, however, proved a less pleasant surprise.  Whether it's because the show was considered a bad employment risk when it first started casting, or because Gene Roddenberry and the other producers just had bad taste, The Next Generation 's starting lineup leaves much to be desired.  Jonathan Frakes has turned out to be a good director and producer, but his acting is hammy and overdone, and he's frequently stretched even by the material the first season throws at him.  It's almost amusing to watch the show try to pit him against Q in "Hide and Q," the trickster character's second appearance--one imagines the writers planning a series of episodes in which Q interacts with each of the cast in thei
11 comments
Read more

April 11, 2011
"I should have done this a long time ago." Picard, Star Trek: The Next Generation , "All Good Things…", 1994 I think it's safe to say that if it hadn't been for Patrick Stewart, there would be no modern Trek , and we would still think of the franchise as a cult TV series from decades ago that spawned a couple of movies and, in the late 80s, a short-lived spin-off.  In The Next Generation 's first season, Stewart is the only member of the cast with both acting chops and the opportunity to use them, and he makes Picard, and the show, his own, elevating the cheesy material and blatant speechifying.  In his hands, Picard's wanderlust, his geekish enthusiasm, his commanding presence, and his deeply held and frequently expressed convictions, become genuine and heartfelt.  Stewart brings Picard to life--that fascinating, complicated mixture of whimsy and stolidness, humor and gravitas, thoughtful diplomacy and indomitable will.  There is a popular theor
16 comments
Read more

April 09, 2011
The trailers and promos for Duncan Jones's second film Source Code seemed to suggest a very familiar narrative.  Not for the film, that is, but for Jones's career.  First, an arty, idiosyncratic film to establish his credentials among critics and science fiction fans alike.  Then, a bankable, formulaic action flick with SFnal touches to prove to the Hollywood money people that Jones could be relied on to rein in his artistic impulses and put seats in the movie theater.  That Source Code has turned out to be an enjoyable, somewhat intelligent and competently made film while still hewing closely to the more conventional blockbuster format suggested by its marketing is gratifying, but not very surprising--it mainly means that Jones is closer to being another Christopher Nolan than another Richard Kelly.  What is surprising, however--especially given that Jones has only directed the film, while the script is credited to Ben Ripley--is just how many similarities there are between
12 comments
Read more

April 08, 2011
This week's reviews kick off with the third installment of Alvaro Zinos-Amaro's series in which reviews Isaac Asimov's series The Great SF Stories (see also parts 1 and 2 ).  This time Alvaro takes a look at the stories of 1940.  L. Timmel Duchamp follows with a review of Julia Holmes's Meeks , a novel that Timmi finds frustrating in its refusal to engage the reader with any of the conventions of storytelling.  Chris Kammerud rounds up the week with his review of the Peter S. Beagle-edited The Secret History of Fantasy , the companion volume to The Secret History of Science Fiction (review here ), which he finds worthwhile even as he questions Beagle's thesis about the genre's evolution and current state.
Post a Comment
Read more

April 07, 2011
Picard: In my century, we don't succumb to revenge. We have a more evolved sensibility. Lily: Bullshit! Star Trek: First Contact , 1996 My first forays onto the internet coincided with the height of my Star Trek fannishness, and one of the first websites I can recall checking regularly was a cache of Next Generation and Deep Space Nine reviews by Tim Lynch, who was writing weekly recaps + reviews long before it was the revolutionary , web 2.0 approach to writing about television (a helpful Wiki collects the reviews today). Looking back, it occurs to me that Lynch must have been the first reviewer I read for pleasure, and the source of some of my first inklings that reviewing was a worthy endeavor in its own right. I don't remember much of his actual writing, but the review that sticks in my mind is for the sixth season episode "The Chase," in which Picard's old archeology mentor bequeaths him research that points to a message concealed in the DNA of
22 comments
Read more

Let's See What's Out There, Part II: To Boldly Stay

April 05, 2011
"Anyone remember when we used to be explorers?" Picard, Star Trek: Insurrection , 1998 The first season of The Next Generation is probably best thought of as the fourth season of original Star Trek , except set decades later and with an entirely different cast. To a certain extent, this was probably inevitable--any spin-off feels the gravitational pull of its original, and the twenty five years that separated Star Trek and The Next Generation , with their movies and tie-in novels and increasingly vocal fandom, would have turned the original series into a black hole. That Gene Roddenberry was at The Next Generation 's helm surely only compounded the original show's influence, as he repurposed everything from character designs to costuming to scripts, left over from the original show or from the various abortive attempts to revive it, for use in the new show. But beyond the stylistic and tonal similarities, there is the fact that early Next Generation is, like
12 comments
Read more
More posts